What’s unique about the TriFan 600 is that the Catalyst will allow the plane to travel much higher — 30,000 feet — and go faster than all electric planes entering the market 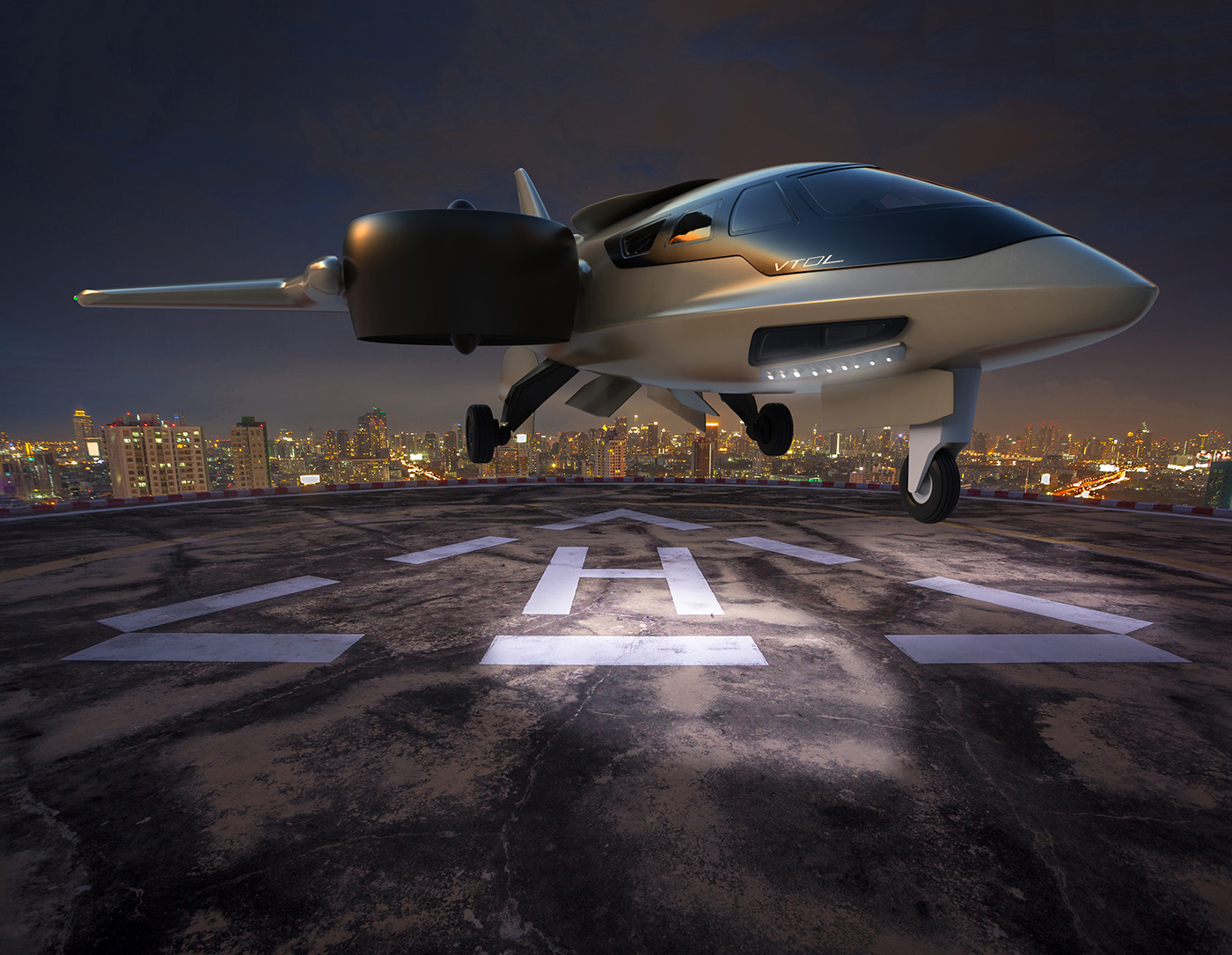 Hybrid planes are moving closer to takeoff. At the EAA AirVenture Oshkosh airshow Tuesday, GE Aviation said it signed a deal with XTI Aircraft Company to use GE’s Catalyst engine as the core of a new hybrid-electric propulsion system for a planned XTI business aircraft, the TriFan 600. It’s the first step in what GE Aviation expects will be a journey that hopes to bring a new, differentiating product to the business and general aviation market.

“Hybridization enables distributed propulsion, where you have one turbine turning multiple propellers on an aircraft,” says Craig Hoover, GE Aviation’s hybrid-electric pursuits leader for its business and general aviation unit. That’s unlike traditional turboprop engines that need a separate turbine for every propeller. It allows more hybrid planes to have more propulsion sources, freeing plane designers to rethink even the basics of aircraft design.

“That enables a lot of applications, such as taking off vertically. That will be very disruptive for the industry when you don’t have to go to the airport to get on an aircraft,” adds Hoover.

Current battery technology doesn’t allow enough energy density to make a long-distance electric aircraft feasible, Hoover explains. Like hybrid cars, hybrid planes will combine the benefits of a turbine engine, such as the high-energy density of jet fuel, with those of electric ones, such as less maintenance and less noise.

Some believe the pace of electric and hybrid aircraft getting into service is expected to be quick. According to The Wall Street Journal, ride-hailing company Uber Technologies Inc. plans to begin air service using electric vertical-lift aircraft as soon as 2023. Other companies say electric planes could be on the market even sooner, in 2021, through widespread retrofitting of existing turboprop planes with new electric engines, the newspaper said. What’s unique about the TriFan 600 is that the Catalyst will allow the plane to travel much higher — 30,000 feet — and go faster than all electric planes entering the market. The power of the Catalyst will also allow transport of a much larger payload while still being able to take off and land vertically. 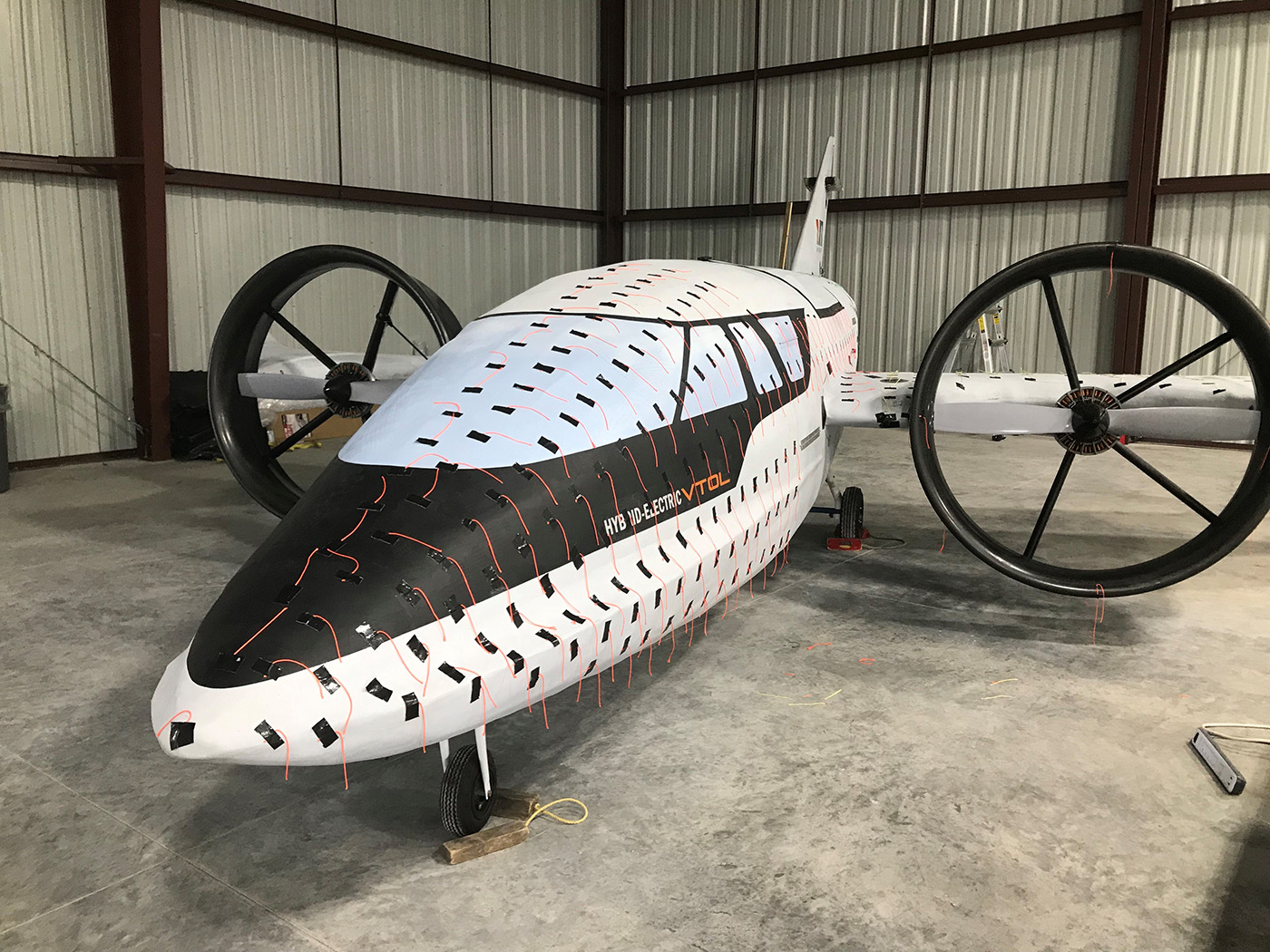 XTI Aircraft Company will use GE’s Catalyst engine as the core of a new hybrid-electric propulsion system for a planned XTI business plane, the TriFan 600. 3D printing enabled GE engineers to reduce the Catalyst’s weight by 5% and improve fuel consumption by 1%. Image credits: GE Aviation.

Catalyst is the first turboprop engine to make it to the aviation market in more than 50 years that’s been designed completely from scratch. GE unveiled the engine in 2015 and has committed about $400 million to its development. The Catalyst’s “clean sheet” design means GE engineers have been able to take advantage of technological leaps the company has made in recent years with additive manufacturing, also known as 3D printing. With 3D printing, GE engineers have been able to distill down to just a dozen or so printed parts what typically would amount to some 800 components if they were made by conventional methods. The approach enabled them to reduce the Catalyst’s weight by 5% and improve fuel consumption by 1%. The engine for the TriFan will produce about 1,400 horsepower, or 1 megawatt of power.

The engine also sports a technology called full authority digital engine and propeller control (FADEPC), which is common in jets but has never been used in commercial turboprop planes. The technology will allow pilots to control a plane with just a single lever, instead of three in the traditional design — and four levers that would be needed with a hybrid engine. That simplifies the pilot’s job. Among the Catalyst’s other 98 patented technologies are advances that give it an industry-best 16:1 pressure ratio — an indicator of thrust — allowing the engine to extract better power at altitude, useful at the TriFan’s projected 30,000-foot cruising altitude.

In addition to improved performance and pilot operation, hybrid engines also free up airframers to radically rethink the design of planes. In the TriFan 600’s case, XTI has designed the craft to take off, hover and land vertically like a helicopter through the use of three ducted fans. The aircraft will then be able to rotate its two wing fans forward to operate like a plane, reaching cruising speed quickly. The TriFan 600 will carry five passengers plus its pilot, according;to XTI. The plane already has 80 customer preorders.

In addition to the XTI TriFan 600, the Catalyst is also being used in Textron Aviation’s new luxury business aircraft, the Cessna Denali, a single-engine turboprop that is expected to be able to carry four passengers 1,600 nautical miles at a speed of 285 knots.

Says Hoover: “We see the Catalyst as being in the sweet spot from a power and altitude capability for where we see the turboprop market going with hybrid aircraft.”