The XTI team has just returned from a very successful showing at NBAA-BACE (National Business Aviation Association – Business Aviation Convention & Exhibition) in Las Vegas. This is the world’s biggest business aviation show of the year.

XTI was one of only six new designs invited by the organizers to display in the Innovation Zone’s UAM/UAS area (out of over 215 in development), and the only hybrid-electric, long-range, high-speed VTOL aircraft among them.

The show ran from October 22 to 24. We opened with two big announcements:

Extremely well positioned close to the entrance to the main auditorium for all keynote events, there was heavy foot traffic, immense interest, and deep discussions with attendees and the media at our display all day on all three days.

These are links to some media coverage, and based on the interviews done and tremendous interest we received, there will be more in the weeks to follow:

NBAA TV has several clips covering various aspects of the event, and they can be found here:

You will find the XTI TriFan shown in several of them, including FAA Administrator Steve Dickson who used the TriFan as the backdrop for his interview (see at 0:25 sec from start):

... and in this clip titled, “Aviation Innovation Takes Center Stage at NBAA-BACE”:

This is AIN TV’s coverage of Urban Air Mobility (UAM) at the show including an interview with XTI CEO Bob LaBelle:

An excerpt from an article on UAM in Clean Technica magazine by Nicholas Zart:

“On the other side was the sleek-as-can-be XTI Aircraft TriFan 600, the very same that got me excited about UAM 4 years ago. I had a great time meeting the team at last. XTI Aircraft will eventually cover London to Monaco, an hour and 45-minute flight from a vertipad (helicopter landing pad) to another.

I interviewed both Jaunt and XTI and will follow up with upcoming articles”.

Some photographs from the event: 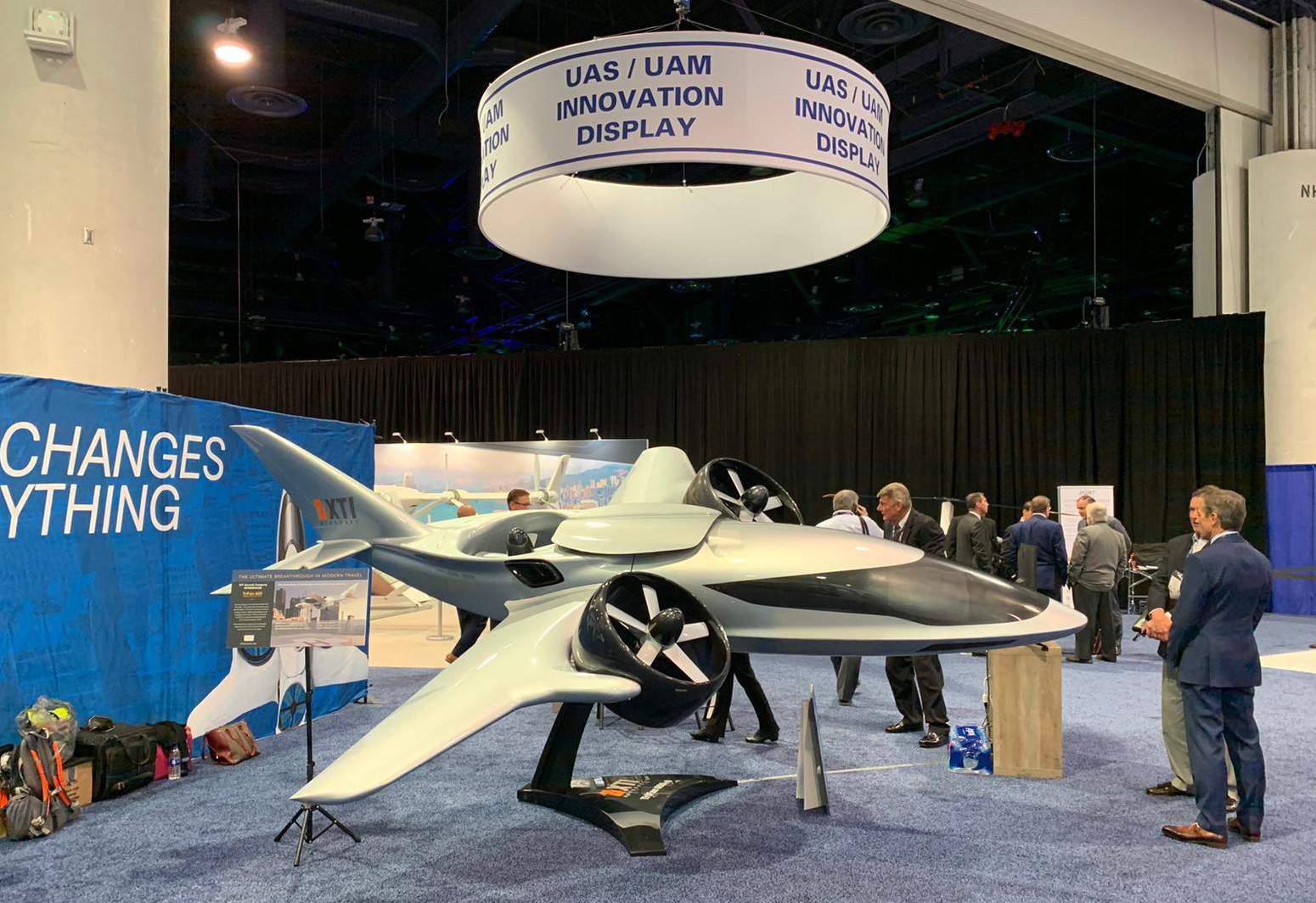 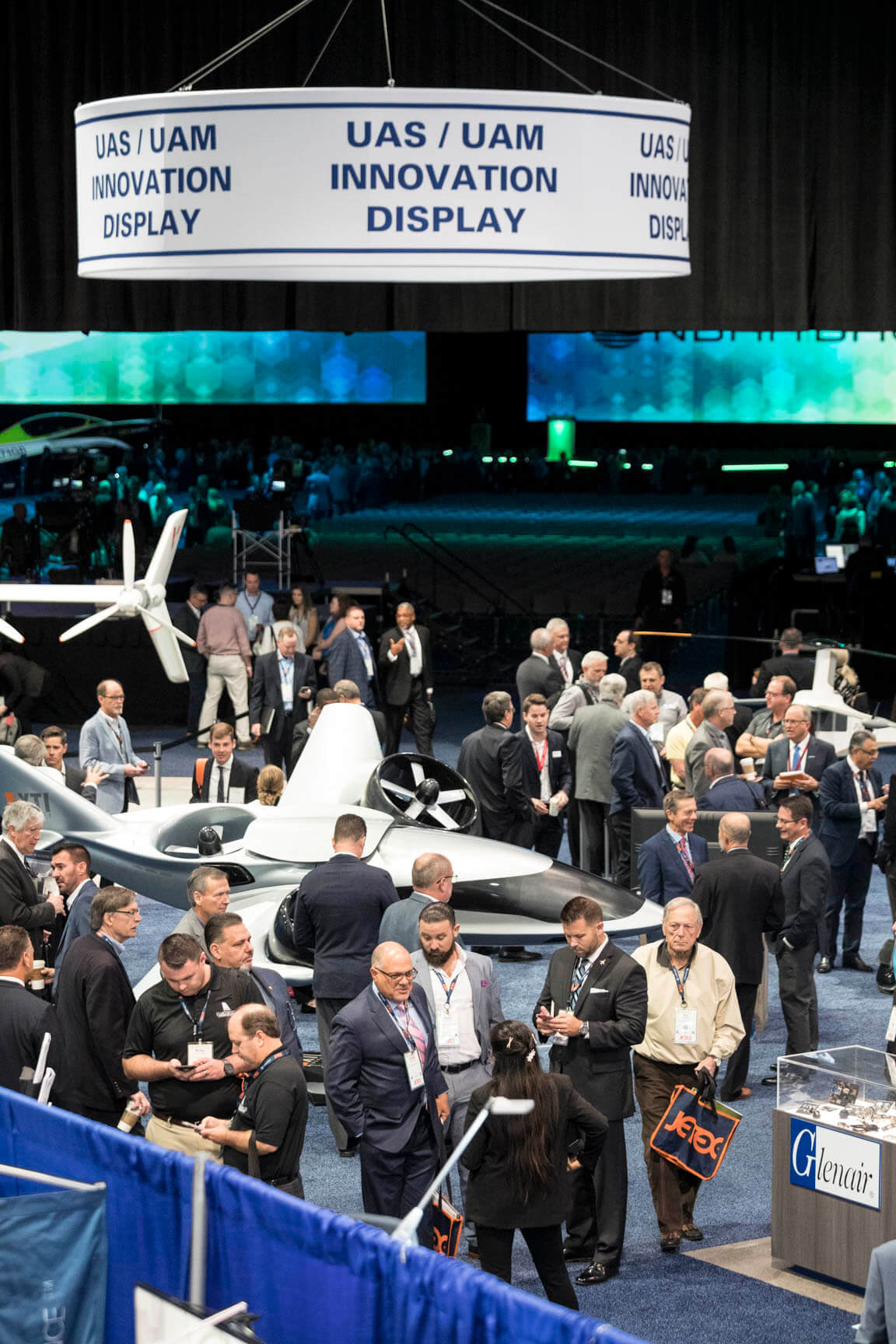 Heavy foot traffic during all days of the show 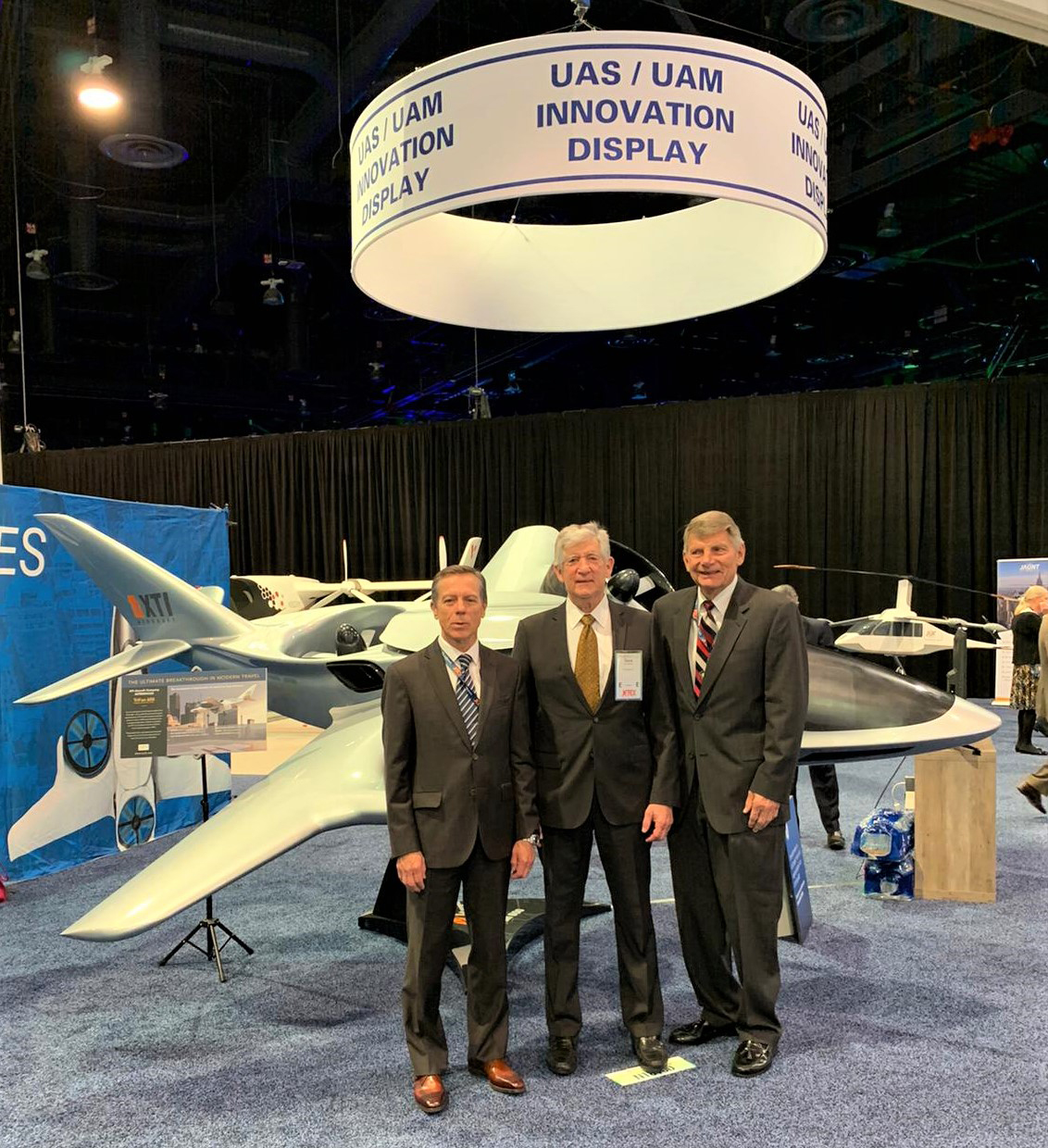 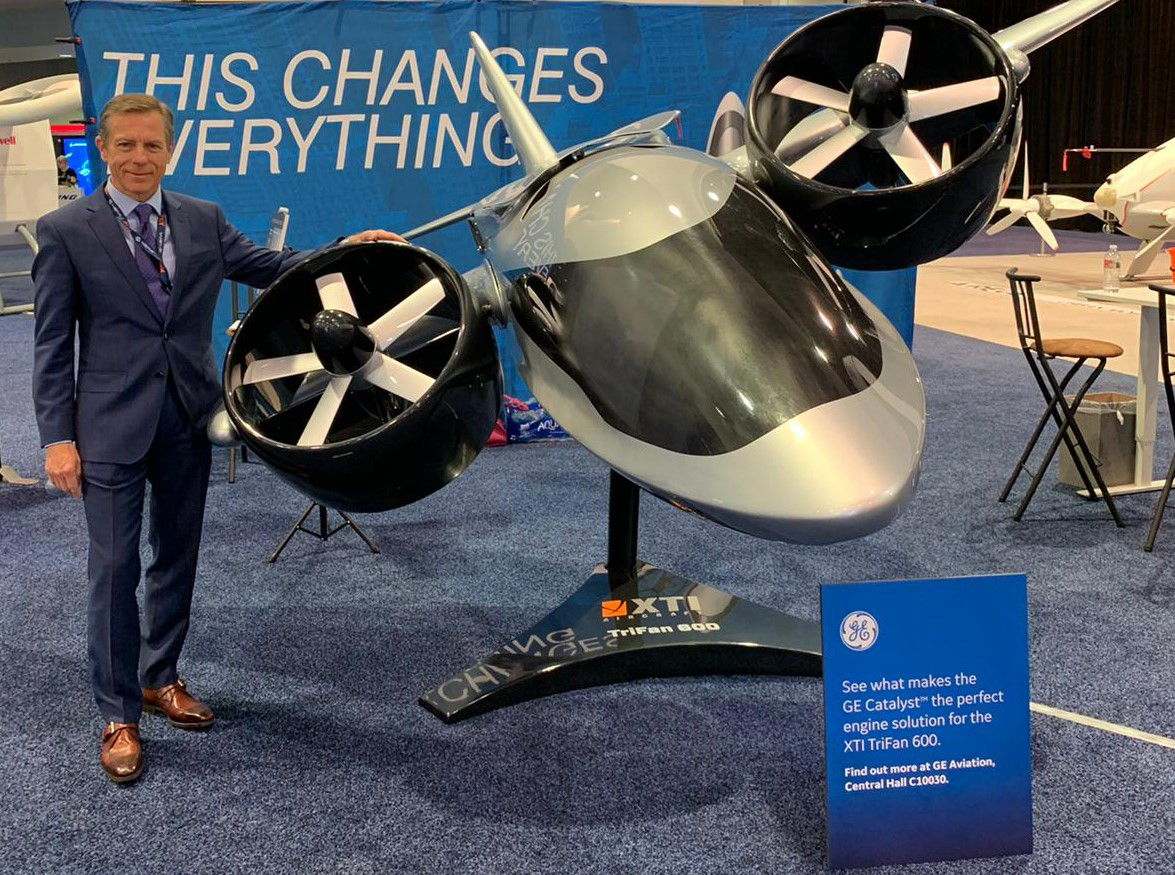 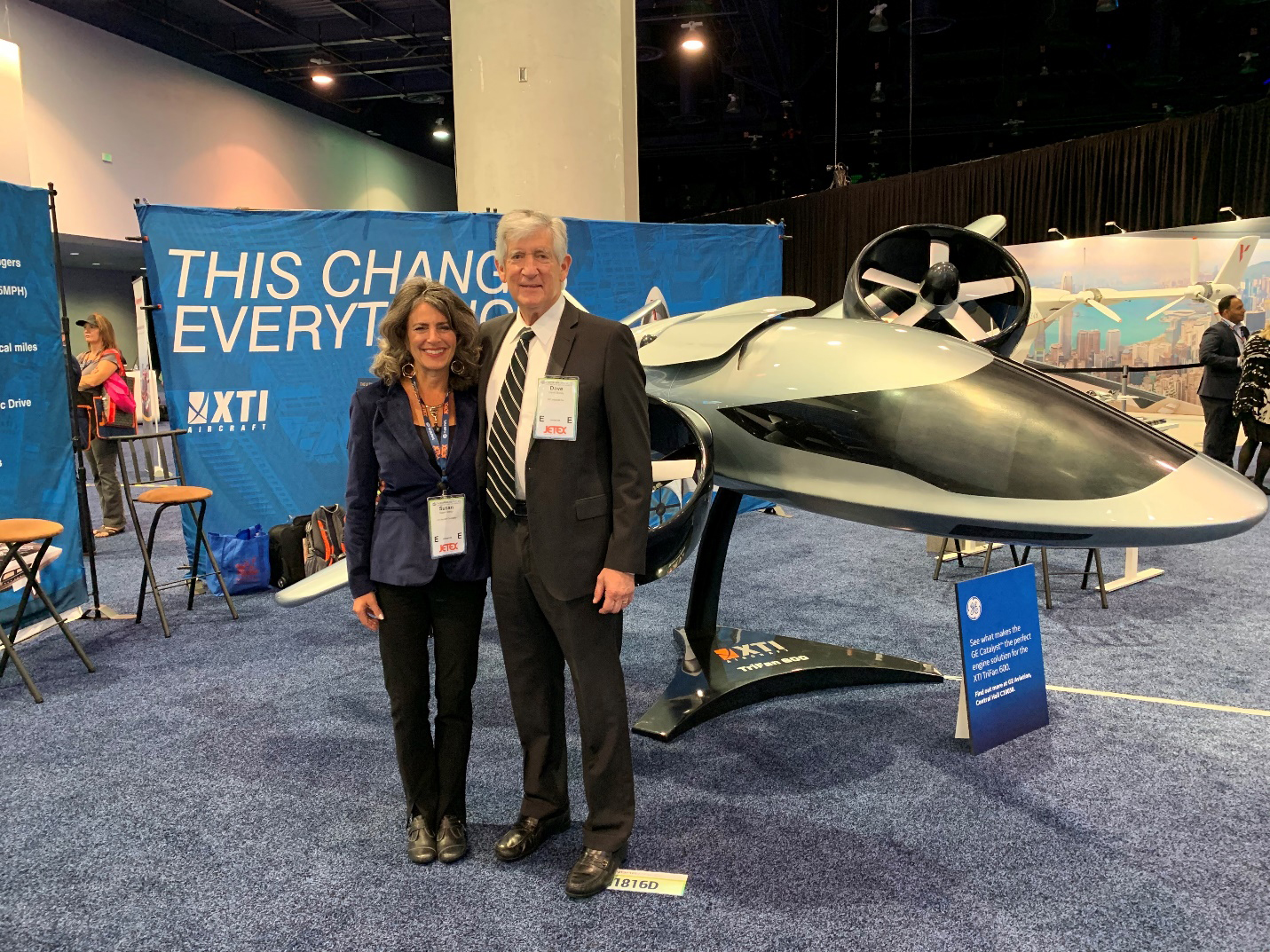 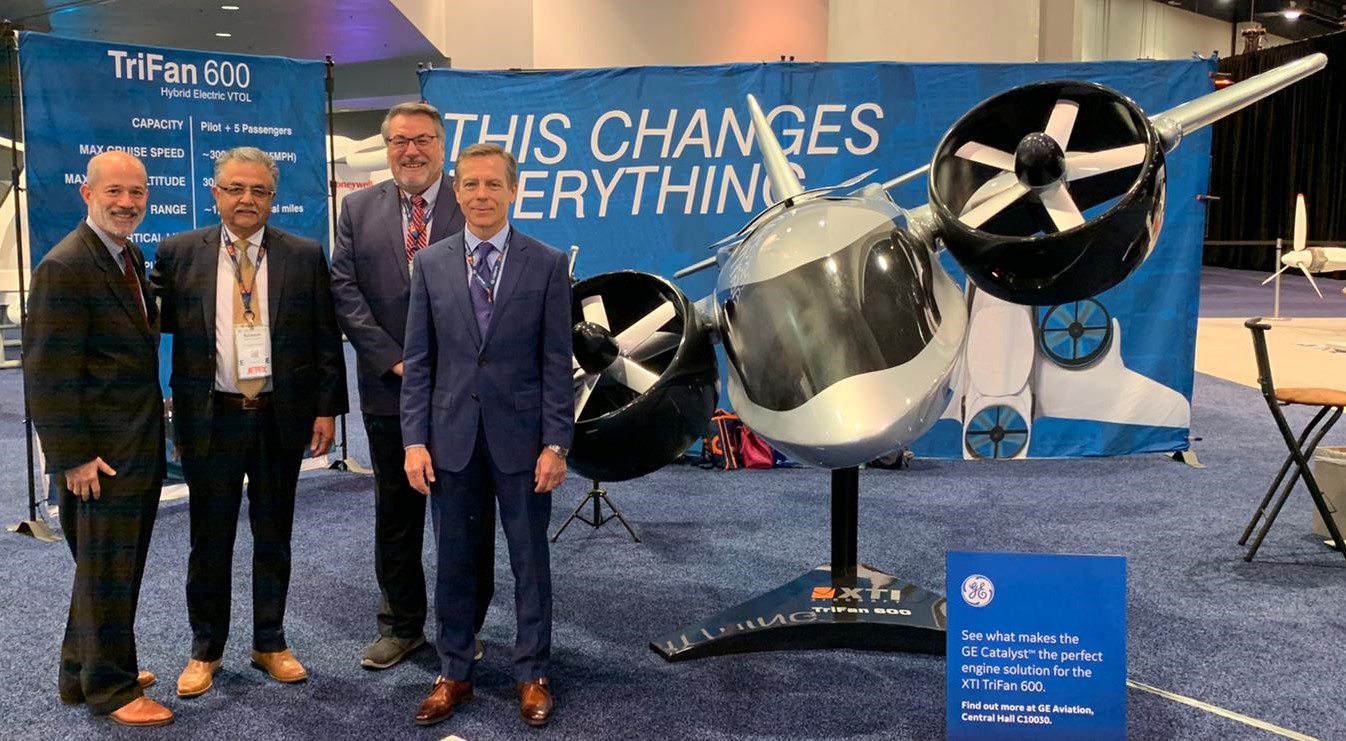 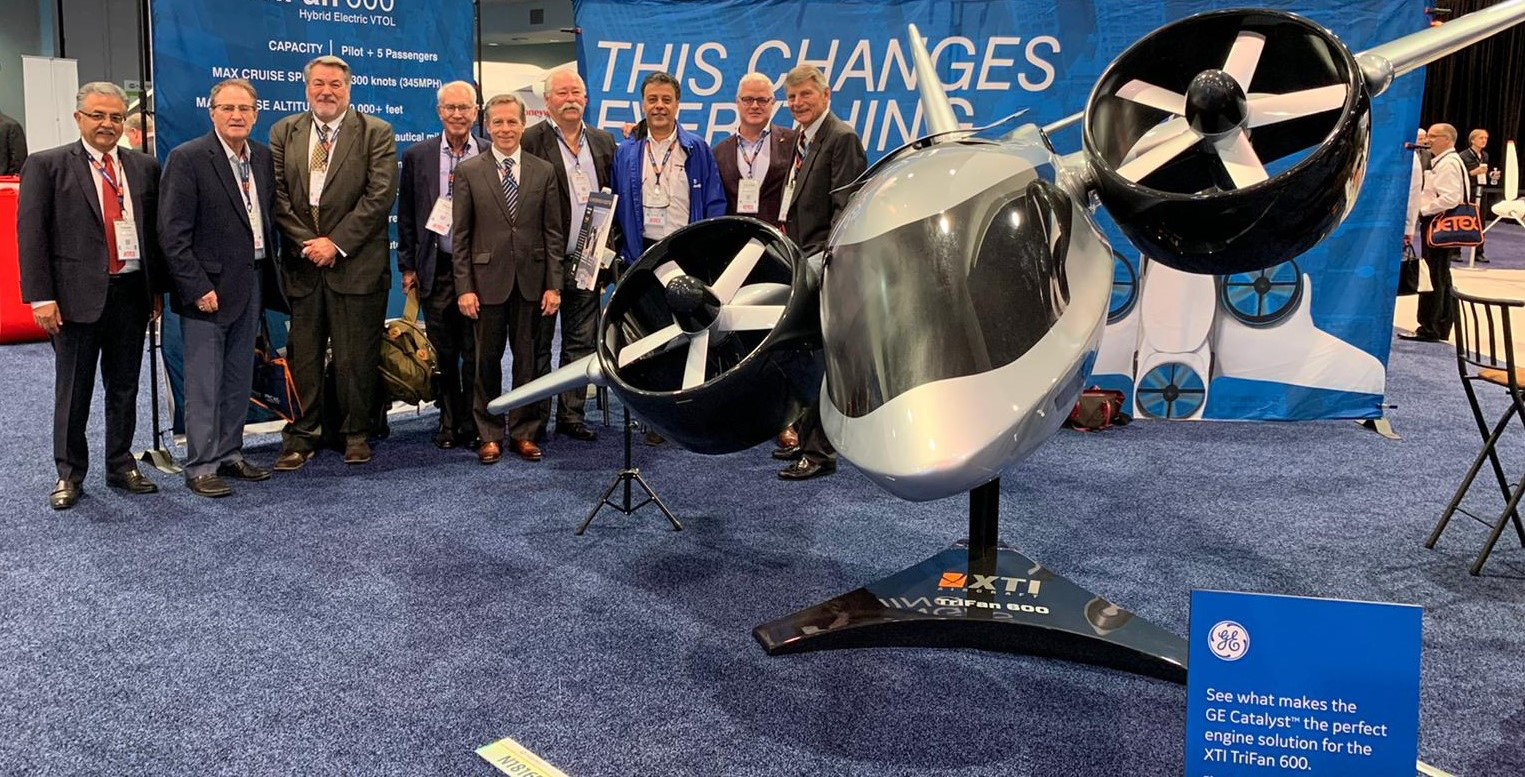 Helijet (Canada) Board of Directors with XTI Team at NBAA 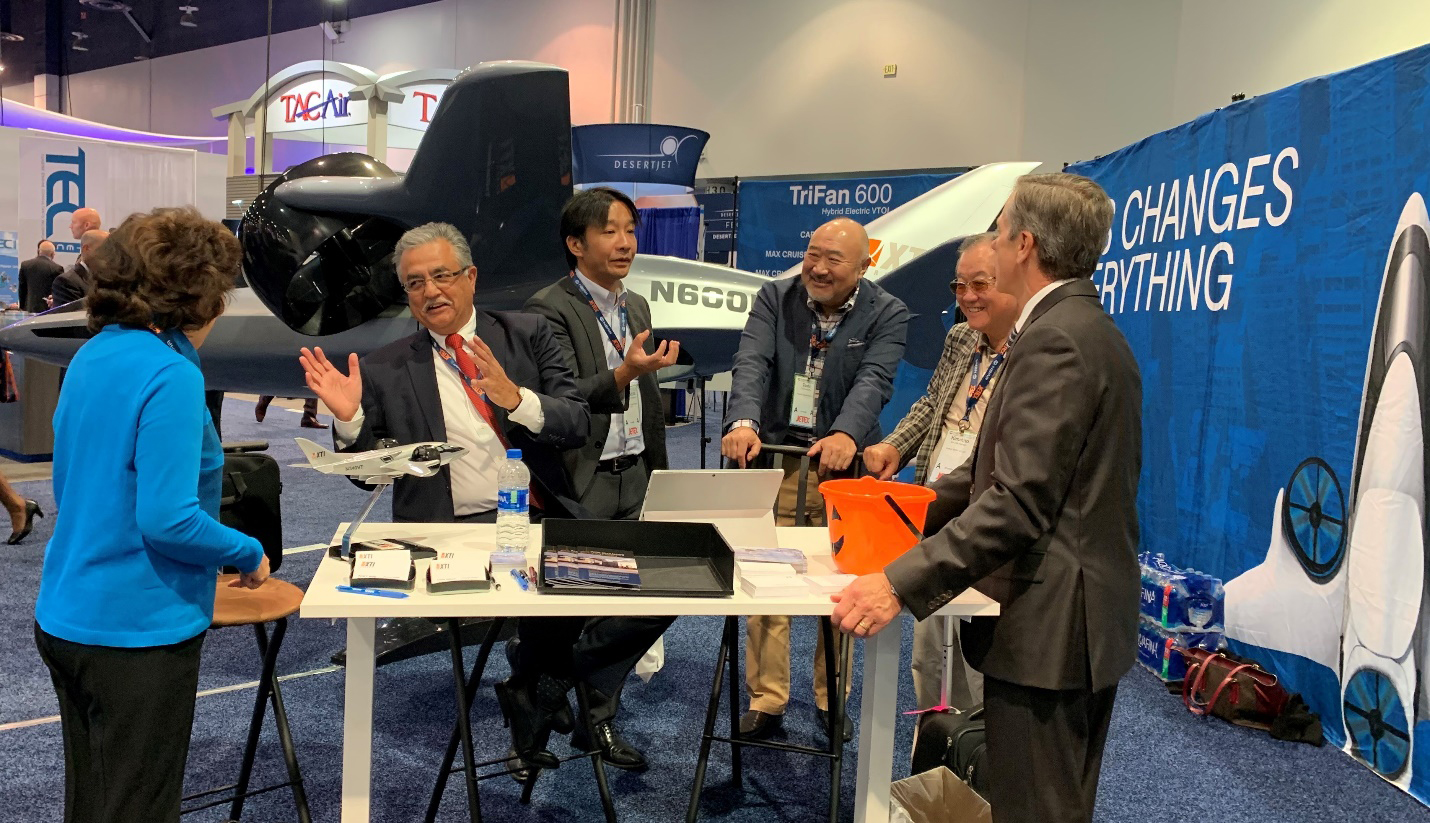