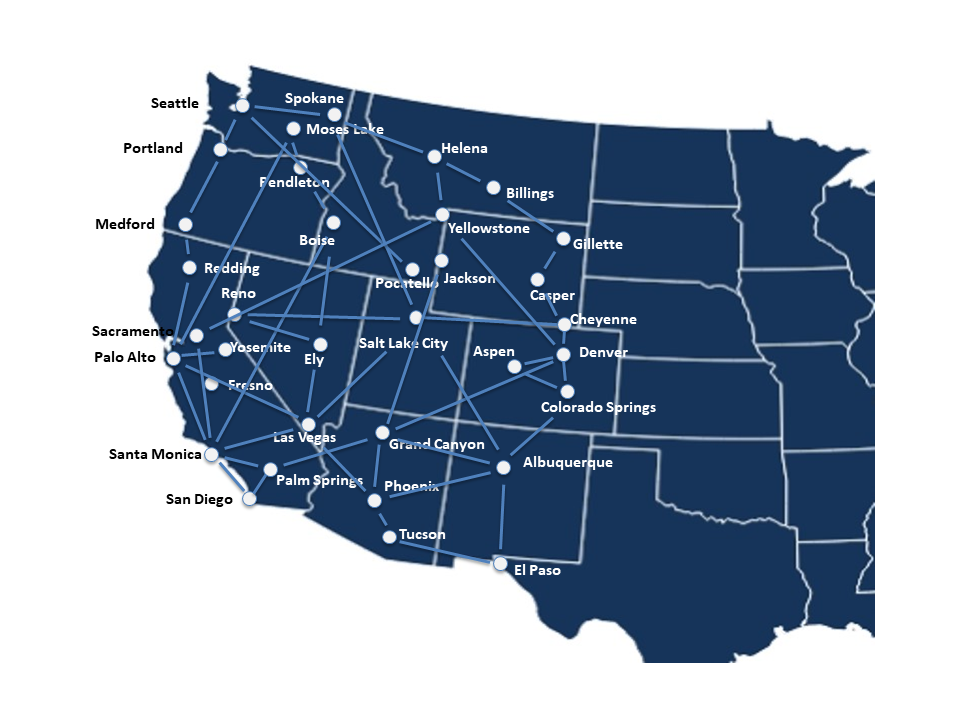 As air travel has evolved over the past few decades, I think we’ll agree that we seldom use the words “easy” or “hassle-free” when referring to recent journeys. While such thoughts may currently be on the back-burner due to Covid-19, once air travel resumes it’s back to traffic congestion getting to the airport, large crowds once there, delays at security checks, infection-prone crowding, air traffic flight delays, and more traffic congestion on the streets getting to your destination after you finally land and get your bags. Throw into the mix the added hassle and hours wasted in being forced to connect through airline hubs due lack of direct flights between your home or office and your final destination.

Is there a better way? Could you get to your departure point in 10 minutes, get there 10 minutes before departure, fly with fewer people (lower infection risk), fly direct and land minutes from your destination?

We certainly think so, and this is why we are developing the XTI TriFan 600, a hybrid-electric airplane capable of taking off from a helipad (Vertical Takeoff & Landing or VTOL) or a small airport (Conventional Takeoff & Landing or CTOL). With hybrid-electric propulsion we reduce operating cost by 50% compared to similar helicopters and fixed-wing aircraft, CO2 emissions by 40%, and noise by about 50%. The airplane cruises above most weather at 29,000 ft. at 345 mph. This combination of feature improvements, coupled with our TriFan variant with 8 passenger seats, brings our Cost Per Available Seat Mile or CASM lower than a comparable large sedan or minivan (~0.68 cents/mile – AAA Your Driving Costs 2019). Having more passenger seats is what sets us apart and makes us price competitive with both surface and airline travel. 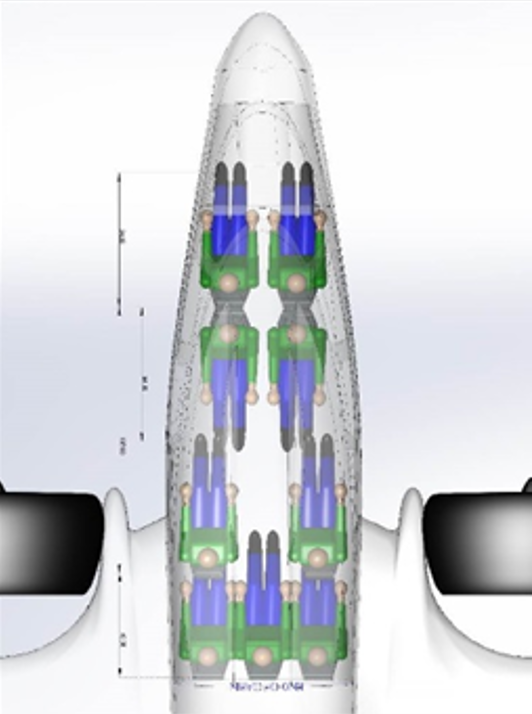 Interior layout of 8-passenger Air Taxi variant of the XTI TriFan 600 For example, we could take you from Manhattan Heliport in New York City to Washington DC in an hour for $149, the same cost as an economy airline ticket (November 2020) while saving 2 hours and 15 minutes in travel time. Or compare this to the Acela high speed train between Manhattan and Washington DC which takes three hours and costs $215 (November 2020).

This is true democratization of travel.

XTI’s 5-passenger seat TriFan 600 variant for the corporate helicopter and business jet market will fly up to 770 miles VTOL (Manhattan Heliport to Chicago Vertiport) and 1300 miles CTOL (New York airports to Dallas). Our 8-passenger variant will fly up to 345 miles VTOL (any San Francisco Bay Area helipad to any in the Los Angeles area) and 690 miles CTOL (Santa Monica airport, LA area, to Boise, Idaho or Medford, Oregon). This makes our airplanes best positioned to capture these longer-range regional markets, and to directly compete with an existing mobility market served by airplane, helicopter, airline, car rental and train travel, at very attractive price points. Combined, this existing market is valued at approximately $930B worldwide (Researchandmarkets.com).

With these attributes, here is an example of the route network possible in the western US with the 8-passenger TriFan 600 in an air taxi or airline like role. This can be replicated across the world:

Since the TriFan 600 requires no battery-charging infrastructure, these routes can use the thousands of smaller airports already operational, and helipads and heliports (if new ones are required, these can be developed at a fraction of the cost of an airport). You now avoid traffic congestion in busy urban areas, avoid large airports altogether, and get to where you really want to go much faster. All at competitive ticket prices. Welcome back to hassle-free travel!