The TriFan 600 from XTI Aircraft Company is set to electrify the sky with the world’s first hybrid-electric,Vertical Takeoff & Landing (VTOL) business aircraft.
​
The Ft. Lauderdale International Boat Show is fertile grounds for superyachts and supermodels, but the 2017 show had another type of supermodel on display that not only turned heads, it may turn the tide on executive jet aviation in the same way electric cars are set to revolutionize the automotive industry. XTI's supermodel was a scaled down, concept version of an aircraft that is taking hybrid propulsion to a higher level; 29,000 feet to be exact! The XTI TriFan is a true hybrid aircraft, utilizing a small Honeywell HTS900 turboshaft coupled to 3 generators that can generate 734 kilowatts of electricity to replenish a bank of LiPo batteries that in-turn energize three ducted fan units. The port & starboard fans are mounted on a gimbal system to provide lifting thrust that rotates to forward thrust as the wing enters translational lift. A third ducted fan is mounted in the fuse and comes online for true VTOL operation.

Based in Denver, CO this startup has attracted a real-life “A-Team” in the aviation business. CEO Robert LaBelle is the former CEO of Agusta Westland in North America. Board member Charlie Johnson is the former President and COO of Cessna Aircraft. Between them they have taken over 25 aircraft through new aircraft certification. Among other participating principles in this high-flying startup are Alec Couvelaire, a former owner of Mooney Aircraft who was initially involved in the development of the TBM 700 turboprop and a former engineer from Mooney and current Lancair president Tom Bowen. There are numerous others with backgrounds in aircraft development and manufacturing heading up the XTI team. Development of the first XTI prototype is underway with first flights expected next year and deliveries expected to start in 2023. XTI has already secured pre-orders for over 60 aircraft. 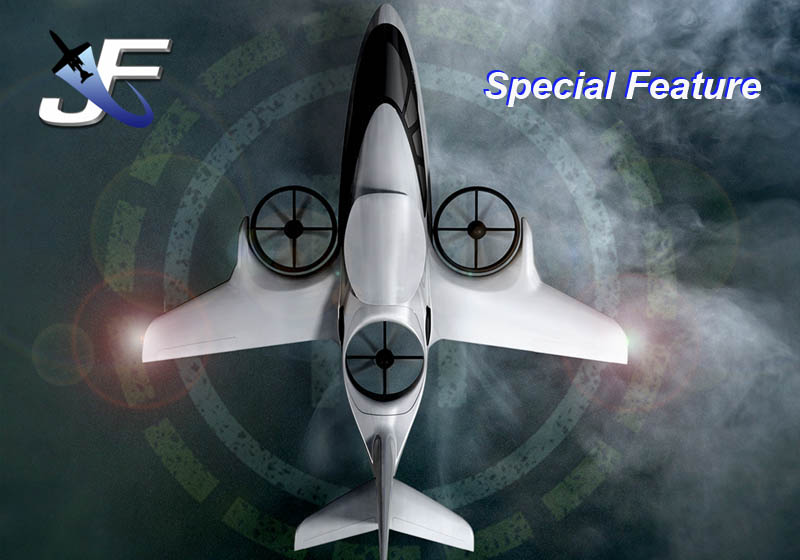 For vertical take off, a hatch above the fuse-mounted fan slides forward to allow airflow to the fan, not unlike Lockheed's F-35 fighter jet. With the landing gear deployed, small doors covering the fuse-fan open for downward thrust. In VTOL flight, computerized speed controls and piezo-based gyros are controlling fan RPM for stability, just like modern day drones. 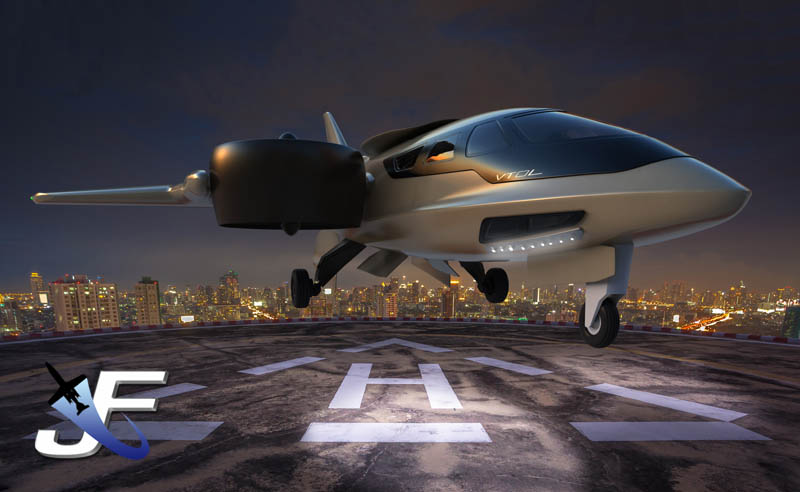 Transitioning to forward flight, the XTI will accommodate up to six people, fly at 300 knots and cover up to 770 miles in VTOL flight or up to 1300 if a short runway is used. Because only one turboshaft engine is used to power three generators which feed two electric motors, the XTI is said to reduce emissions and operating costs as much as one third over a similar aircraft or helicopter. 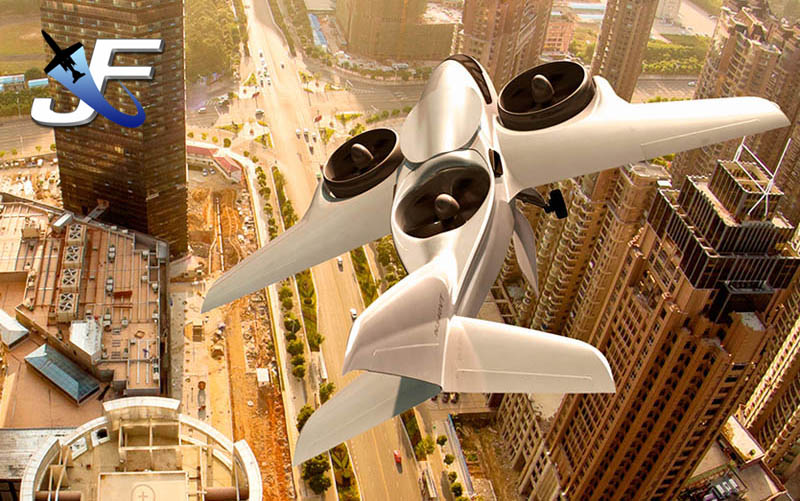 Adding to this efficiency is yet another hybrid system; solar film is embedded in the top fuselage skin providing electric power for ground use, resulting in a quiet airplane on the tarmac. Redundancy abounds for increased safety. The TriFan will feature the latest evolution in flight control systems, intelligently blending of the latest technologies that drive the future of aviation. 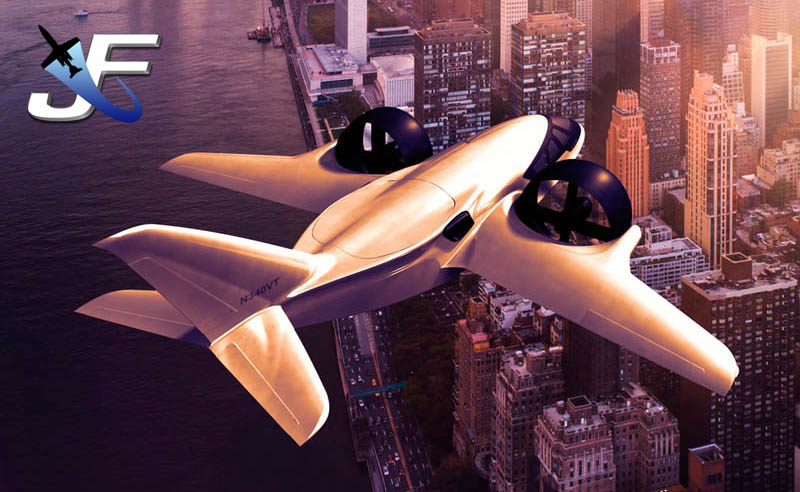 Recognizing the need for greater range VTOL aircraft that operate from private yachts, XTI displayed their new concept at the 2017 Ft. Lauderdale Boat Show and promptly walked away with multiple pre-orders! To say it was well received by the yachting community is an understatement. For superyacht owners, the TriFan provides private, direct access from their homes or offices to their yachts, at distances and speeds no helicopter can match. 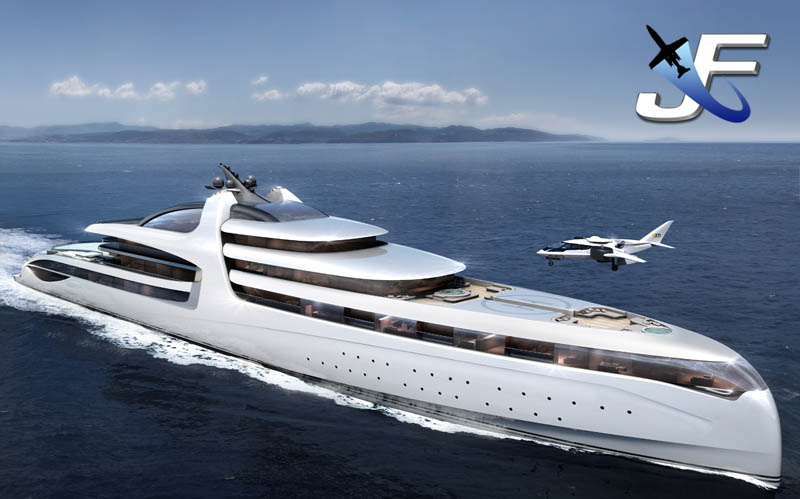 This supersized scale model was displayed at the 2017 NBAA in Las Vegas earlier this year, followed by the 2017 Ft. Lauderdale International Boat Show. With a projected hourly operating cost of about $350, the TriFan 600 is easily more cost effective than any turboprop or light jet and buyers took notice. XTI has received 60 pre-orders for the TriFan 600 and investor opportunities are being offered. 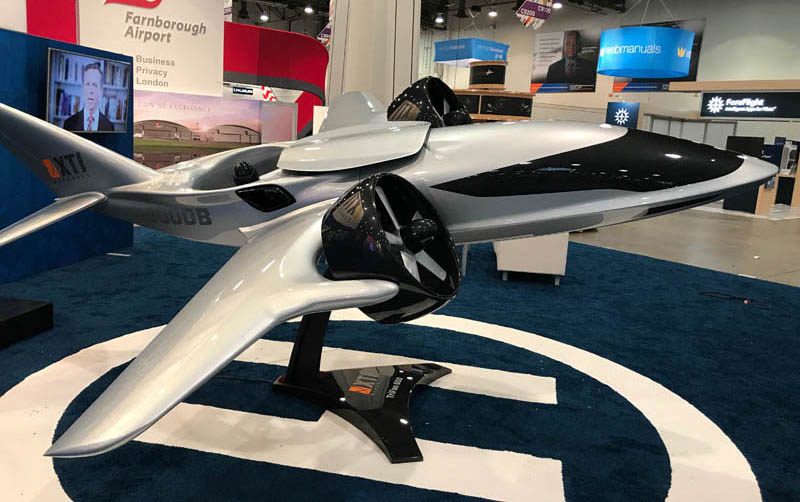 XTI's batteries can provide emergency power for landing should the turbine fail. If the batteries fail, the turbine is still powering three generators that will supply power to the ducted fans. If one of the two electric motors powering the fans fails, the other can provide adequate power to safely land. And finally, the airplane will be equipped with a ballistic parachute system. 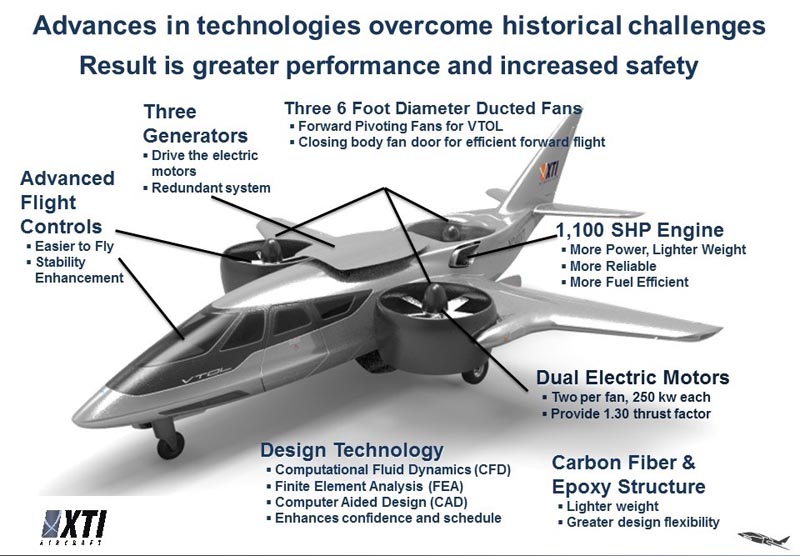