Maybe it’s because the air is thinner there. Perhaps the Rocky Mountains inspire majestic thoughts. Or maybe, just maybe, it has something to do with the fact that since 2012 recreational marijuana has been legal in Colorado—and widely enjoyed by much of the local populace long before then.

Whatever the reason, some of the oddest, most improbable, and most innovative aviation ideas have emanated from the state for years. Initially fueled by a wave of 1990s dot-com cash and dreams, aircraft named Adam and Javelin took seed in the Denver suburbs. The former began life as a twin-engine piston push-pull design that the company would later unsuccessfully attempt to morph into a business jet, while the latter resembled a small fighter aircraft that its creators tried to sell as a business jet. Neither airplane is around anymore. But today, at Hangar 14 at suburban Centennial Airport, a small group is busy developing a 40-passenger supersonic airliner and not far away another small team at XTI Aircraft—the letters stand for “Extended Technology and Innovation”—are creating a futuristic hybrid turbine electric-vertical-takeoff-and-landing (eVTOL) model called the TriFan 600. 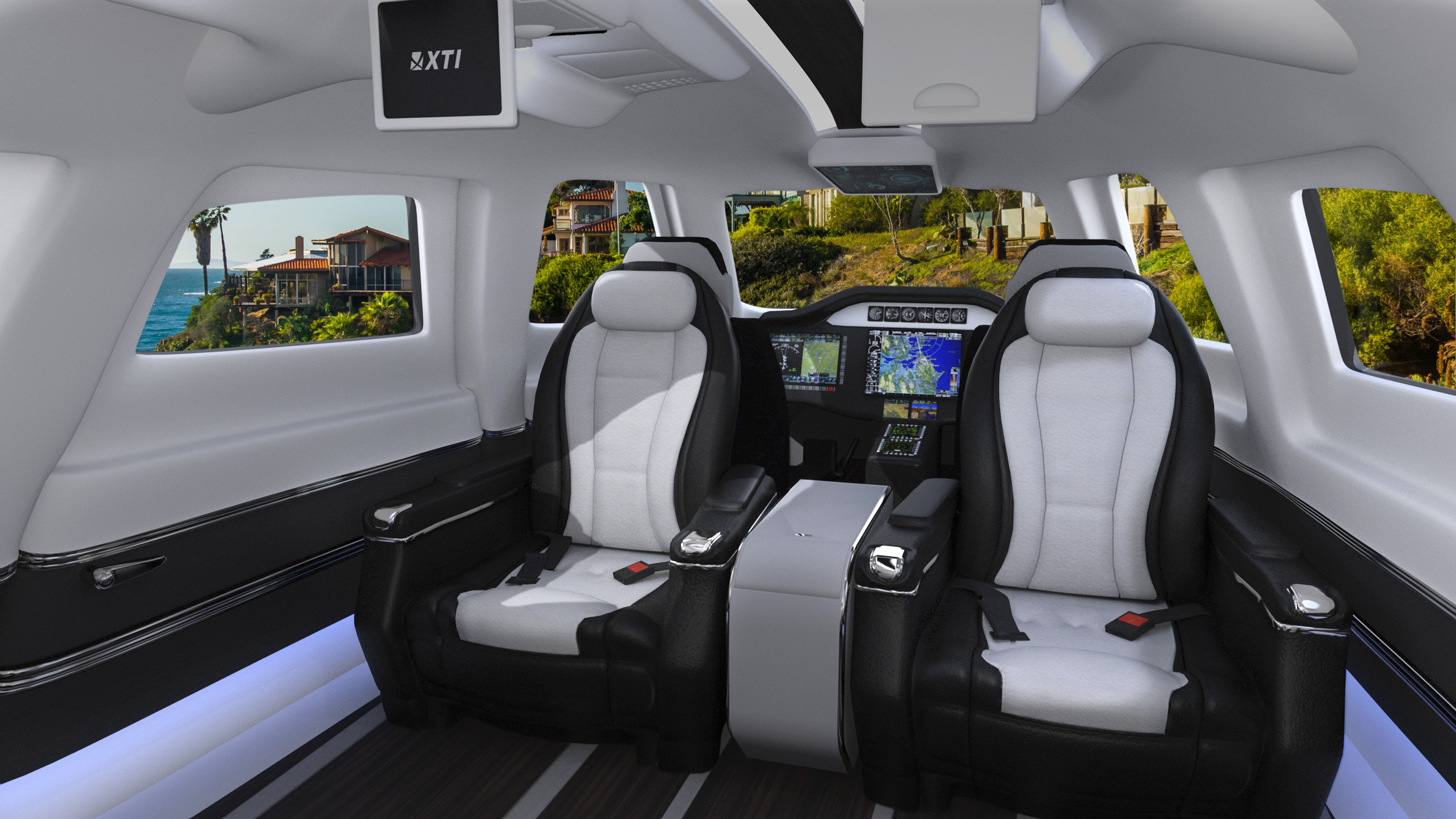 Unlike the tiltrotors you may have heard about—such as the military’s Bell/Boeing V-22 and the under-development Leonardo AW609 civil machine, which both have swiveling engines and proprotors bolted onto the wingtips and look like turboprops—the TriFan looks more like a jet; and it’s billed to be considerably faster, able to travel farther, cost much less to acquire and operate, burn less fuel, and operate more quietly than the AW609, an aircraft that first flew in 2003.

The $6.5 million TriFan is predicted to deliver a seats-full range of 670 nautical miles when taking off vertically, or 1,048 with a comparatively short takeoff roll of 700 feet. Power comes from a hybrid turbine electric system that uses three ducted fans, each powered by two electric motors. Power for the motors comes from a redundant system of generators and batteries. The entire system is powered by a single Honeywell HTS-900 turboshaft, a derivative of an engine with a long service history in helicopters. 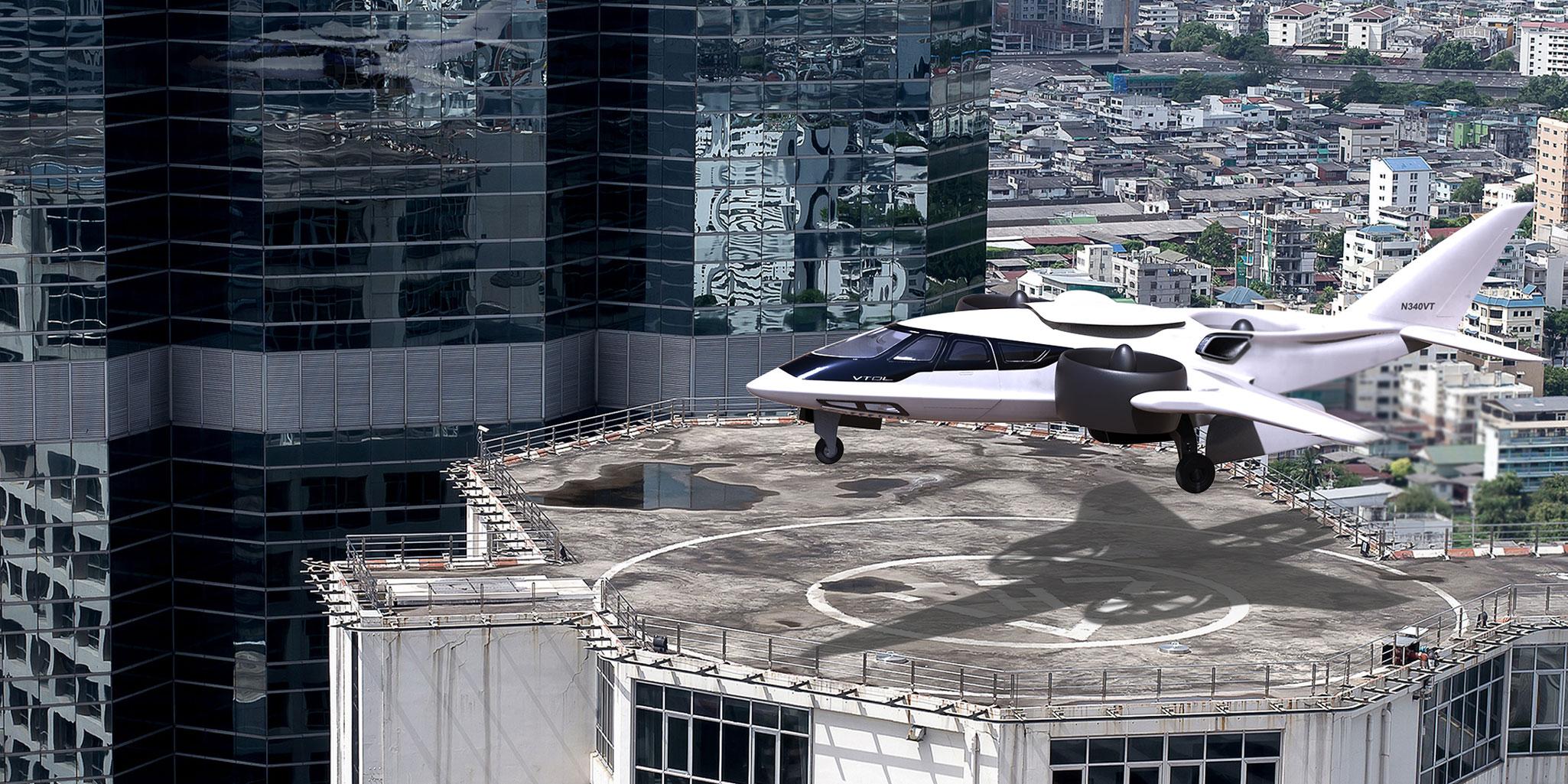 If the turboshaft engine fails, the batteries hold enough power to get the aircraft safely to the ground; if the batteries fail, the engine can provide enough power. If they both should somehow fail, a whole-aircraft parachute system like that on the Cirrus SF50 jet will come to the rescue and you’ll gently float to earth.

The TriFan’s wings will be embedded with solar panels to help keep the batteries charged.

Because the aircraft can taxi and initially take off using nothing but electric power, it promises to be very quiet—potentially a lot quieter than helicopters. Even with its turboshaft engine on, its ducted fans should provide acoustic dampening superior to that on your average helicopter. And the TriFan should be able to get into helipads and other spaces that a typical corporate helicopter already uses; indeed, its footprint is smaller than that of several popular corporate rotorcraft, including the Sikorsky S-76, Airbus H155, and Leonardo AW169.

Stylistically, the TriFan harks back to the Velocity kit-plane series that came to the fore in the 1980s, a rakish design with lines that ooze speed. Unlike owners of the Velocity, though, you won’t need to wedge your way inside. The TriFan’s 280-cubic-foot interior—which can accommodate five passengers (assuming one pilot)—is on par with or larger than the cabins of some light jets. The flight controls are slated to be the latest triple-redundant computerized fly-by-wire, with a rapid refresh rate to compensate for any gust loading when the TriFan is in vertical mode; they will be the same sophisticated controls found on the latest fighter jets and the next generation of business jets coming to market. While the avionics have yet to be defined, they are likely to be touchscreen and highly automated to enable the goal of single-pilot instrument-flight-rule operations.

A full load of fuel—enough to go up to 1,200 nautical miles (ferry range)—is just 125 gallons, a figure that puts helicopters, turboprops, and jets to shame and gives the TriFan a ridiculously low direct hourly operating cost of just $350, according to company president Robert LaBelle, an industry veteran who previously worked on the AW609 program. 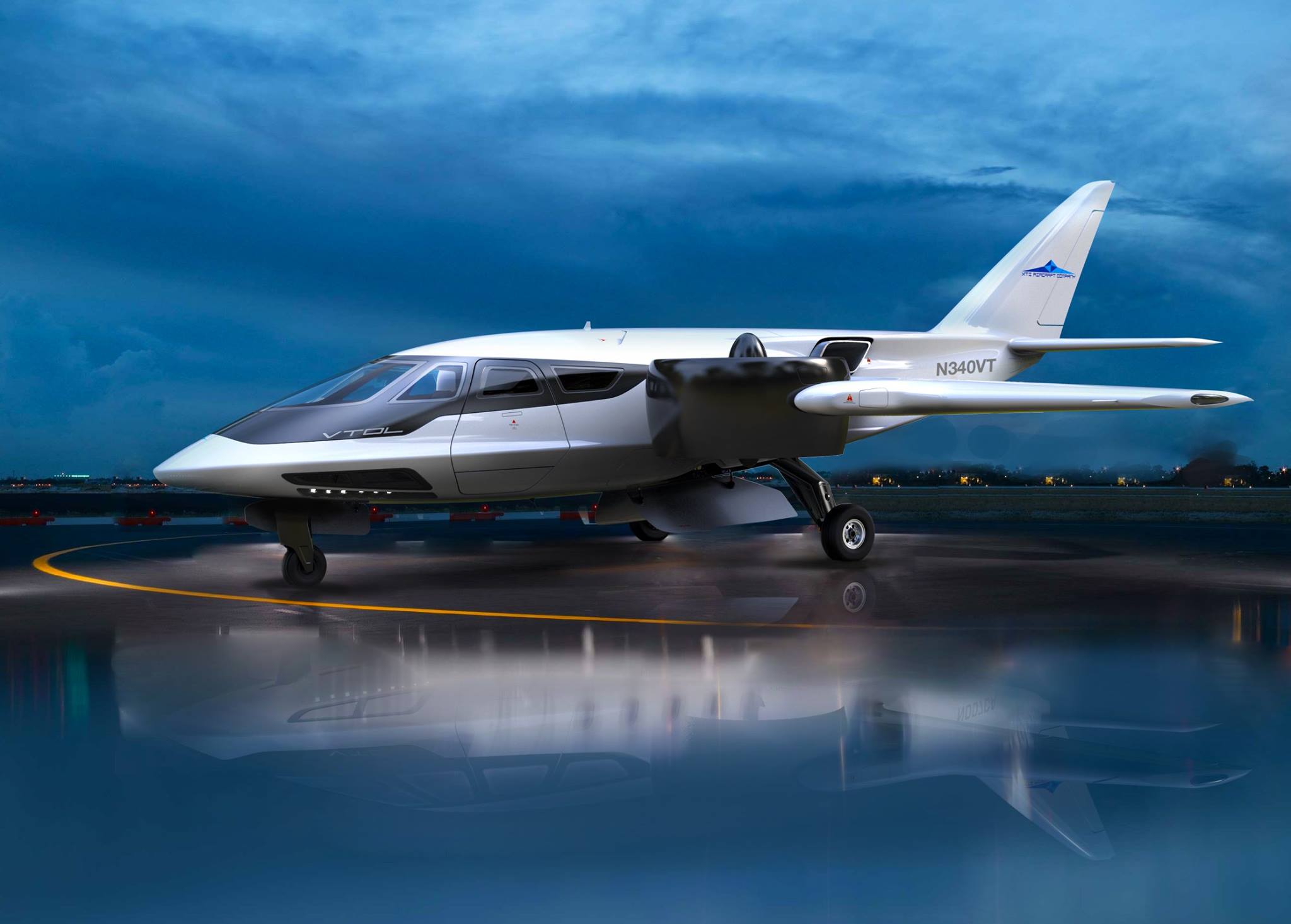 The TriFan has the ability to connect urban centers like Chicago and New York faster than you could with a private jet and ground pounding to the airport (XTI estimates a 1.6-hour savings on that trip); and its potential in the lesser-developed world, where airports remain scarce, could be enormous. Half of the TriFan’s existing orders are from the Middle East and Asia. One customer, an Indian pathology laboratory chain, plans to use the aircraft to retrieve medical samples from remote areas in the Himalayan foothills.

It would be easy to dismiss all this as a, um, “pipe” dream by a handful of irrational futurists, but plenty of people recognize the TriFan’s disruptive potential and are taking it seriously. Sixty customers have already placed orders with contract values exceeding $390 million and more than 500 investors have contributed through crowdfunding, stock purchases, or direct investment. Granted, more money still needs to be raised to fully develop the aircraft and get it certified and into production. However, in February the company announced that it was on schedule and on budget as it completes the ducts, fans, and other components for a 60 percent scale flying prototype that could be aloft by the end of this year. With proper funding, the TriFan could find its way to customers by 2023.