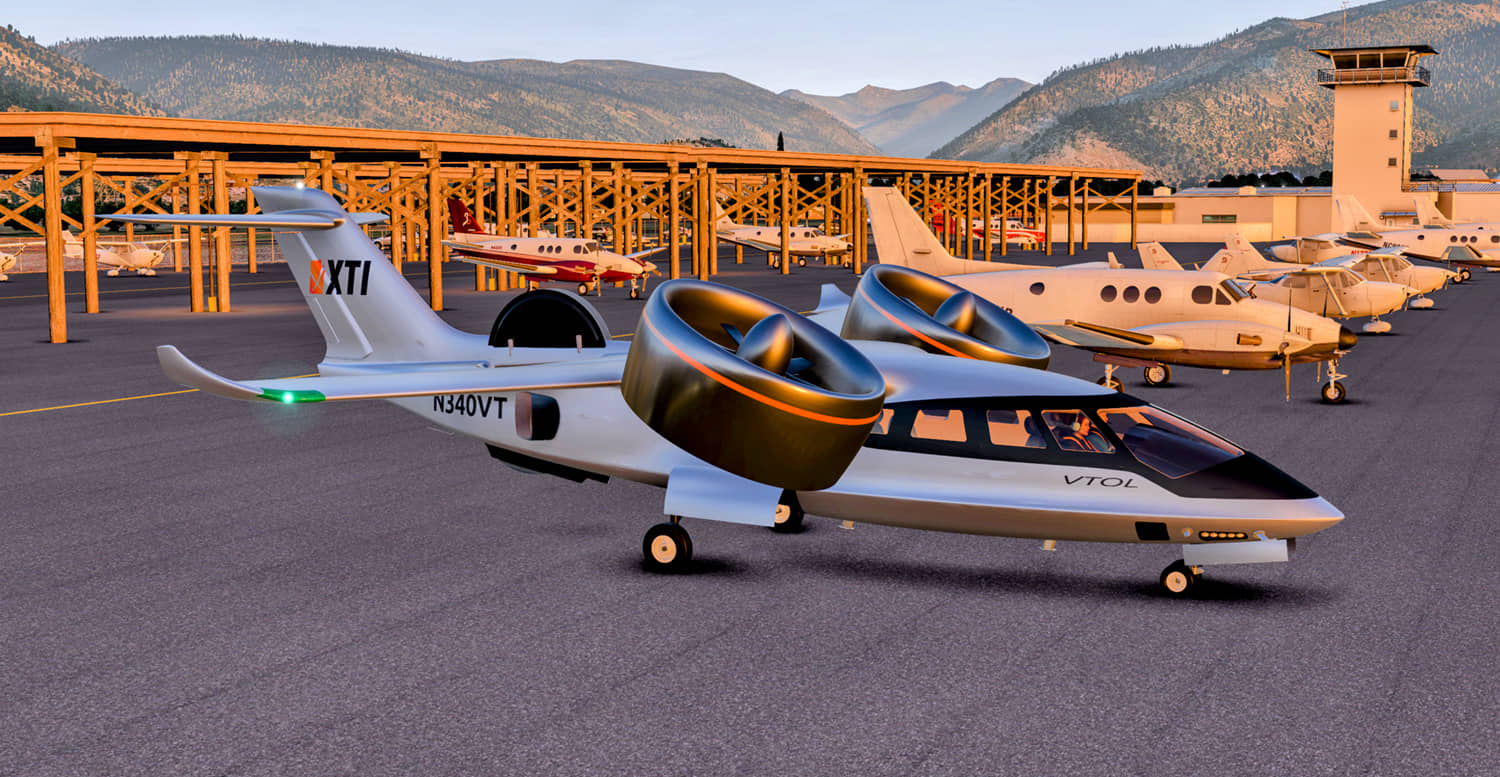 XTI is introducing multiple changes to the design of its TriFan 600 aircraft, which will enter service powered by conventional turboshaft engines.

Recent changes in the leadership team at XTI Aircraft have prompted a fresh approach to efforts to produce the TriFan 600 aircraft. First, the Colorado-based company has opted out of the rush to be first to market in the hyperventilating advanced air mobility sector. Second, it has resolved to press ahead with turboshaft engines certified to use 100 percent sustainable aviation fuel (SAF) and defer the introduction of electric propulsion until later iterations of the aircraft.

Earlier this month, newly appointed CEO Michael Hinderberger reported that planned first deliveries for the TriFan 600 have been pushed back by up to three years to 2027. Nonetheless, he still feels the model may end up beating some eVTOL contenders into service, as the aviation veteran views those start-ups' 2024 projections as unattainable given the challenges associated with certifying new types of aircraft.

XTI’s primary objective appears to be to readdress the needs of the business aviation sector by getting closer to the holy grail of combining a helicopter’s operational flexibility with a fixed-wing aircraft’s range, payload, and speed, to deliver what it calls “the missing link” in air travel. Carrying four or five passengers, the TriFan 600 is looking to offer a range in VTOL mode of up to 600 nm (690 miles) and in CTOL operations, using a short runway, extending up to 750 nm (860 miles). Top speeds are expected to reach 300 knots (345 mph).

Keeping its eye on these prizes is what prompted XTI to defer plans for electric propulsion. “When you are looking at range beyond around 50 nautical miles [58 miles] the green technology doesn’t hold up,” Hinderberger told FutureFlight. “So for our longer ranger requirements, we’re taking a phased approach to achieving zero emissions, especially for the demanding phase of taking off vertically and transitioning to conventional flight. Going all-electric for the TriFan means carrying a lot of extra weight with a need for a lot of extra power, which means designing the aircraft for the first couple of minutes of flight.”

The company had previously been considering GE’s new Catalyst engine but has concluded it will need more power and is confident of finding an off-the-shelf solution that will mitigate the technology risks around the program. In addition to GE, it says it has also been in contact with French aircraft engine maker Safran.

Though XTI has opted for off-the-shelf turboshafts, the process of integrating the engine is expected to take a couple of years and will require a new gearbox. The company believes it will take until 2029 to be ready to introduce an electric or hybrid-electric version of the TriFan. It has yet to determine whether this would be based on a hydrogen or battery-electric powertrain, but it has already been working with hydrogen fuel cell specialist HyPoint and has also engaged with hybrid-electric innovator VerdeGo Aero.

XTI’s hypothetical product roadmap also includes a larger TriFan 1200 model, and also all-electric TriFan 100 and 300 eVTOLs. But for now, its effort is entirely focused on getting the breakthrough 600 model to market.

“We’re not fighting to achieve major technological breakthroughs by introducing new engine technology at the same time. We’re taking a more conservative approach,” said Hinderberger. “Everyone else [in the AAM sector] seems to be rushing and in some cases that means forcing technology before that technology is ready.”

XTI completed the preliminary design review for the TriFan earlier this year and has introduced multiple new features. These include winglets and full span flaperons on the 45-foot wing; a high cruciform tail; seven-foot-diameter tilting wing fans and a five-foot-diameter aft fan; new fan shaft fairings and engine inlets; enlarged windshields and windows, plus a new downward-facing chin window; a split main entry door to the cabin; and a strake. A new landing gear design is in the works, too.

In the flight deck, XTI expects to deploy the proven Garmin 3000 avionics suite. It aims to have the aircraft certified for single-pilot, IFR [instrument flight rules for inclement weather] operations.

The company expects to be ready to complete a detailed design review in 2023 and also to submit a type certification plan to the FAA. It would then build the first of several production conforming prototypes in 2024 and be ready to start flight testing in 2025, en route to deliveries in 2027.

Hinderberger maintains that the TriFan 600 would make a compelling corporate workhorse, providing convenient door-to-door transportation that would make business travel far more effective. “Think of what we could do for an owner-operator needing to make trips between a couple of warehouses 500 miles apart in the Southeast [of the U.S.],” he said. “We want to combine the best of helicopters and business jets so that you can take off from backyards and directly reach off-site locations using existing infrastructure.”

For a 500-nm flight connecting a pair of downtown helipads in Los Angeles and Salt Lake City, XTI says, the TriFan would be 35 minutes quicker than a business jet and almost two and a half hours quicker than airline service. The new VTOL model is expected to have direct operating costs similar to those of a rotorcraft at $823 per flight hour, but with twice the speed flights are completed in half the time resulting in half the operating costs and emissions. The use of SAF would reduce emissions even further, according to the company.

With a standard club-four cabin configuration and the option to seat a fifth passenger alongside the pilot, XTI says, the TriFan will have room and payload capacity for 10 bags, which it noted is likely to be far more than eVTOL models could carry. In emergency medical applications, the aircraft could transport a patient on a stretcher and three attendants with twice the range and speed of current helicopters used for these missions.

According to chief commercial officer Saleem Zaheer, a former United Airlines captain and vice president of flight operations with Indian carrier IndiGo, XTI could also offer a commuter version of the TriFan with six passenger seats. He maintained that this could be viable for scheduled services, such as feeder routes from small communities to larger airports, with projected seat-mile costs that could be half of the $3 to $6 rates that he predicts for eVTOL aircraft.

The company says it has logged 315 "preorders" for the TriFan 600, which Zaheer explained includes a mix of firm purchase orders with non-refundable deposits, options, and reservations backed by refundable deposits. He told FutureFlight that the prospective customers include some current business jet and helicopter fleet operators, some private individuals, and a regional airline.

XTI acknowledges that it will need to raise more funds to bring the TriFan into commercial service and also that capital markets have tightened this year even as costs have escalated. This is another reason it is now taking what it calls a phased approach to develop the new aircraft family. Hinderberger said it is continuing its joint venture with the Xeriant group and hopes to have more tangible news on their planned merger in September.