XTI Aircraft Company (XTI), a privately-held company developing the world’s first long-range civilian vertical takeoff and landing (VTOL) airplane, announced today that it will permanently close its current financing on the StartEngine Crowdfunding platform, effective April 30, 2021. Until that date, XTI securities will continue to be available for purchase on StartEngine.

“Our offering on the StartEngine platform has provided a rare opportunity for unaccredited and accredited investors around the world to own a piece of the future of flight,” said Robert LaBelle, Chief Executive Officer of XTI. “In our original Reg A+ campaign and the current Reg CF offering combined, thousands of people have invested in XTI because of our game-changing product, world-class leadership team, and what we believe to be significant growth potential. We’re now moving forward with other financing plans and with our next steps in developing the TriFan 600 vertical takeoff airplane.”

As the world’s first long-range civilian hybrid electric VTOL airplane, the TriFan is a major breakthrough in aviation and air travel, including its quieter and cleaner state-of-the-art hybrid-electric propulsion system.

The six-seat TriFan 600 will have the speed, range, and comfort of a luxury business aircraft and the ability to take off and land vertically, like a helicopter. It will travel at 345 miles an hour, with a range of up to 1,200 miles. Using three ducted fans, the TriFan lifts off vertically. Its two wing fans then rotate forward for a seamless transition to cruise speed and its initial climb. It will reach 30,000 feet in just ten minutes, cruise as a highly efficient business aircraft, and land vertically at the destination. 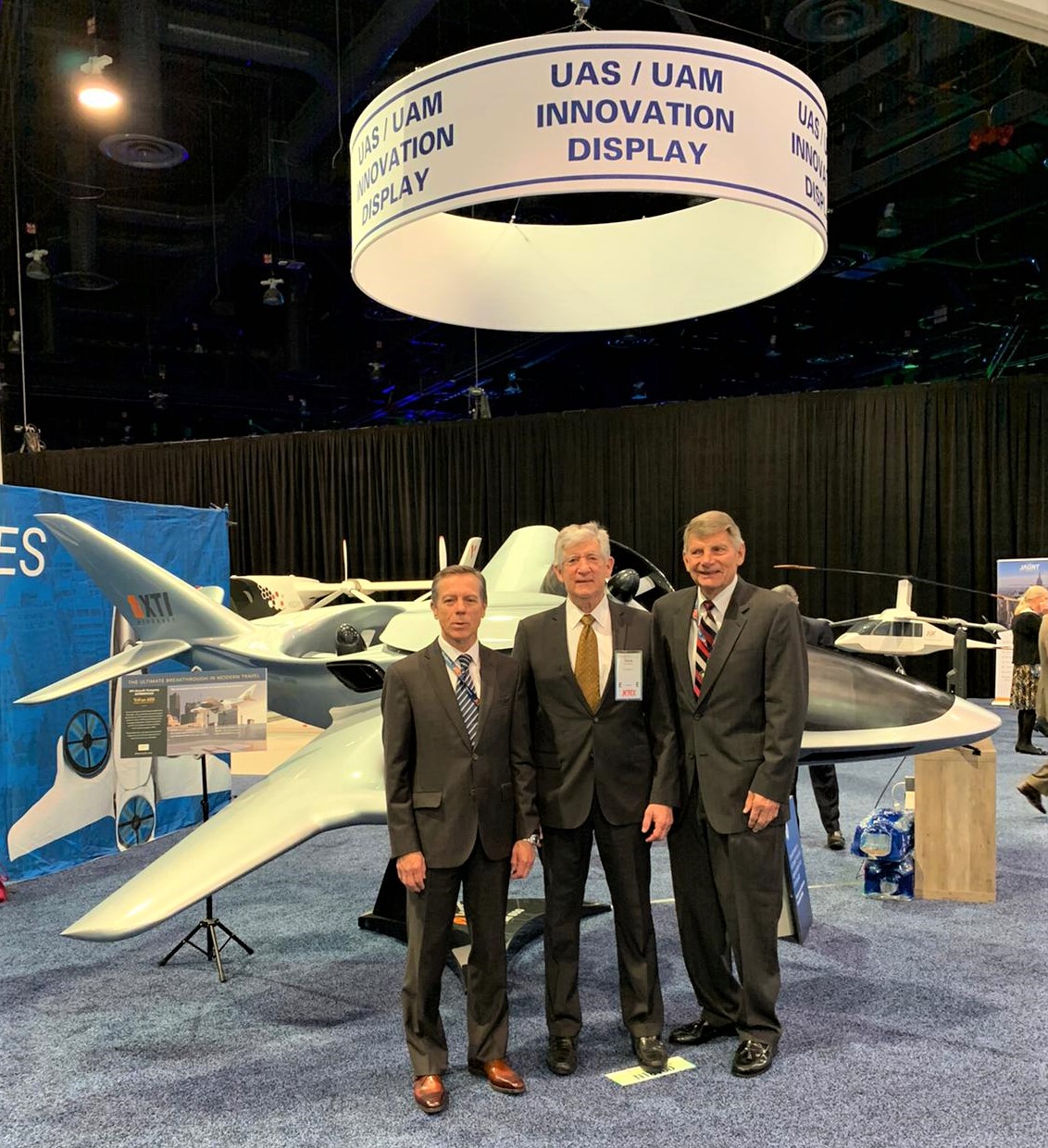 L to R: XTI Aircraft CEO Bob LaBelle, Chairman Dave Brody and COO Charlie Johnson
“The company’s business prospects are strong,” said LaBelle. “We’ve recently achieved key milestones, including a series of successful hover tests, entered into a collaboration with GE Aviation, and into agreements with key suppliers.” LaBelle continued, “The market continues to recognize the value proposition of our unique and revolutionary airplane and its patented technology. We believe the Trifan 600 will solve the fast and far challenge while providing point-to-point travel and out-performing other civilian aircraft currently in development…fixed-wing airplane, helicopter, electric VTOLs.”

LaBelle added, “We’re delighted we’ve received 116 reservations for the TriFan 600 so far. This represents over $750 million in gross revenues upon delivery and puts us on track for certifying our aircraft and meeting our estimated launch in the mid-2020s.”

ABOUT XTI AIRCRAFT COMPANY
XTI Aircraft Company is a privately owned aviation business based near Denver, Colorado, founded in 2013. XTI is guided by a leadership team with decades of aviation experience and success bringing new aircraft to market. XTI is founded on a culture of customer-focused problem solving to meet the evolving needs of modern travelers.

For information and updates about XTI Aircraft Company and the TriFan 600, visit www.xtiaircraft.com. To invest, go to www.startengine.com/xti-aircraft.